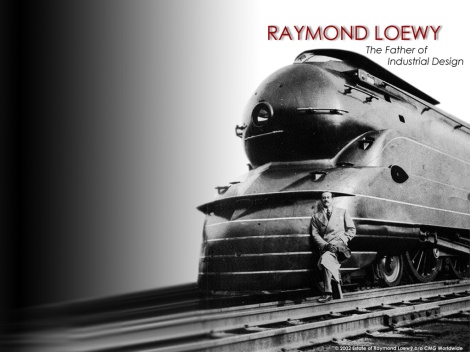 Raymond Loewy was a prolific American designer. He’s the creative mind behind the Coca-Cola vending machines and the Greyhound Scenicruiser, among many other items.

Loewy’s work is every bit as iconic as the legendary Dieter Rams and Jonathan Ives. He’s considered by many as the father of Industrial Design.

Perhaps Loewy’s greatest achievement was the design of the PRR S1 steam locomotive (shown above). From boyhood, he loved locomotives. When he gained a foothold with the Pennsylvania Railroad to redesign the trashcans in the Pennsylvania station, he made the most of the opportunity. Loewy studied the existing situation and came up with several prototypes which were built and tested on site.

When called back to the president’s office, Loewy was anxious to hear if his designs were accepted.

Loewy ask repeatedly, “How’s the trashcan?” but got no response. The president seemed to talk about everything but trashcans. When finally pressed, he told Loewy, “in this railroad, we never discuss problems that are solved.” He then called in the man in charge of locomotives…

(from the book The Evolution of Useful Things)

Loewy capitalised on what could have been perceived as a task not worthy of his capabilities and earned his dream project.  Loewy’s ingenius redesigns of an experimental locomotive that was about to be made in quantity was sleek and futuristic looking (even to this day, in a retro sort of way) and saved the railroad millions of dollars in fabricating costs.

There’s one more lesson we can learn from the life of Raymond Loewy. As dramatic an improvement the PRR S1 steam locomotive was to the original prototype, the one thing Loewy was careful of was to not over-engineer familiar products until they become unfamiliar to people.

Loewy summarized it in the acronym MAYA: Most Advanced Yet Acceptable. It means that product innovation should preserve reassuringly identifiable elements of design and function for it to be accepted in the marketplace.