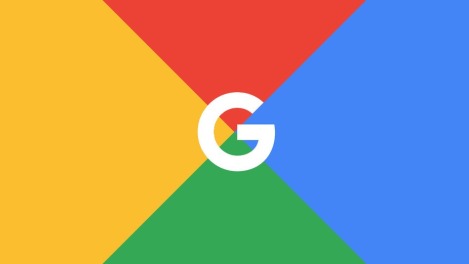 In Q1 2016, Chromebooks outsold Macs for the first time in the USA. While this figure refers to units sold, it is still a huge accomplishment for the product and a sign of where the industry is headed. Chromebooks are starting to gain traction with consumers and for good reason. Here are 4 reasons your next laptop should be a Google Chromebook:

Simply put, Chromebooks are cheap. While the lowest tier Macbook Air will run you about $800 USD, you can snag a capable, full featured Chromebook for 1/3 of that.

I picked up a Toshiba Chromebook 2 last month for just $300 USD, and now am in the unfortunate position of deciding how to spend the $600 I saved by flipping the bird to Apple. While I may get a few sneers from the hipsters at the local coffee shop, it’s well worth it.

2. More capable than you think

Gone are the days where Chromebooks were expensive paperweights with no real use outside the classroom. Today’s Chromebooks are surprisingly capable machines and can handle the majority of laptop use cases. Chances are that if you are not using your laptop for video or photo editing, you will be well served with one of Google’s laptops.

Google’s built in productivity suite is a great replacement for Microsoft Office, and is available on all Chromebooks. The Chrome Web Store is rapidly growing, and features a bevy of apps likely to replace whatever you were doing offline on your old laptop. If this wasn’t enough for you to jump ship, Android apps are soon coming to Chromebook, and once they do there will be virtually nothing they can’t do.

A huge complaint of PC laptop users for the past decade has been rectified by the talented team at Google. Consumers have since turned to Apple laptops for their solid battery life, but the Silicon Valley giant has lost this competitive advantage with the launch of Chromebook.

Much like the Macbook Air, you can expect a solid 8 hours of battery life out of the average Chromebook through normal usage. The lightweight and efficient ChromeOS is easy on your battery as it is basically a more full featured version of the Google Chrome browser. You will love not having to lug around a heavy laptop charger everywhere you go with your new Chromebook.

For $300 USD, I cannot believe how solidly built my Toshiba Chromebook is. The built in keyboard is exceptional and almost as good as the one included on the Air. The trackpad is extremely accurate and easy to use, unlike the vast majority of PC trackpads I have suffered with in the past.

The 1080p display is phenomenal and makes the laptop an excellent entertainment machine as well. Last but not least, the 13” laptop is very lightweight and has a slim profile that often gets it mistaken for an Air.

It’s really a wonder how Apple continues to get away with charging such high prices for their products, when similar build quality can be achieved for a fraction of the price.

So the next time you’re looking for a new laptop, give a Google Chromebook a shot. Your wallet will thank you, and you might become a bit less smug in the process.

For a quote or for expert help regarding your power plant operations, please email sales@buffaloturbines.com today.